Esports is a world filled with history, records, and action-packed stories..
At the end of each tournament, participating gamers leave behind new records, which are remembered forever in the hearts of gaming fans. Esports is a world in which games, users, and professionals intermix.
The WCG was an international tournament for various games and led to the creation of many historic records. National matches in esports, which had never been seen prior to the WCG, captured the interest of gamers everywhere.
The WCG hosted countless official/pilot matches for games that were representative of their era. Warcraft 3 and Counter-Strike, which were popular worldwide, always received a great deal of attention at the WCG, and strategic games such as Age of Empires and Command & Conquer also drew a lot of interest.
Action games such as Virtua Fighter, Tekken, and Dead or Alive were also included at the WCG to add diversity to the esports arena.
Just as there were many different games in the WCG, there were also many noteworthy players. We’ve selected seven professional gamers that we consider ‘legends’.
1. Warcraft, Manuel “Grubby” Schenkhuizen
2 golds, 1 silver, 2 bronzes 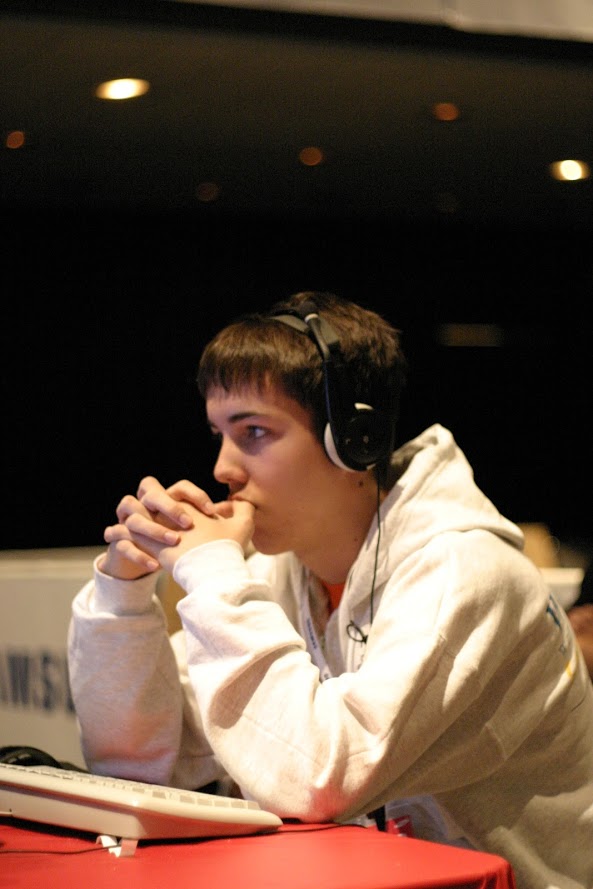 Grubby at WCG 2004 ⓒ WCG
Manuel ”Grubby” Schenkhuizen was the most prominent Warcraft 3 player at the WCG. In 2003, he took part in the Warcraft 3 2v2 and won the bronze medal with his teammate; in 2004, he became a true star by winning the gold.
He stayed active until 2010 and earned a total of five medals—2 golds, 1 silver, and 2 bronzes—proving his worth as a true champion.

Grubby won Warcraft Final in WCG 2008 ⓒ WCG
For the next three years, he failed to earn a single medal, and many predicted his continued downfall, however, he came back in 2008 to win another gold medal. Grubby is very popular among Korean fans for his excellent Warcraft 3 skills, which he exhibited in every tournament.
In the finals in 2010, he lost to Kim Sung-shik, which was a great victory for Korean fans, as it marked the first time a Korean gamer had ever won the gold medal in Warcraft 3.
Grubby, known as the “master of management,” is a pro gamer who took full advantage of the various play styles of the Orc. Compared to Korean professional gamers, who focus more heavily on control, he concentrated more on careful management than on showy play. He is remembered as defeating many skilled Korean players.
2. Warcraft 3, Li Xiaofeng (Sky)
2 golds, 2 silvers 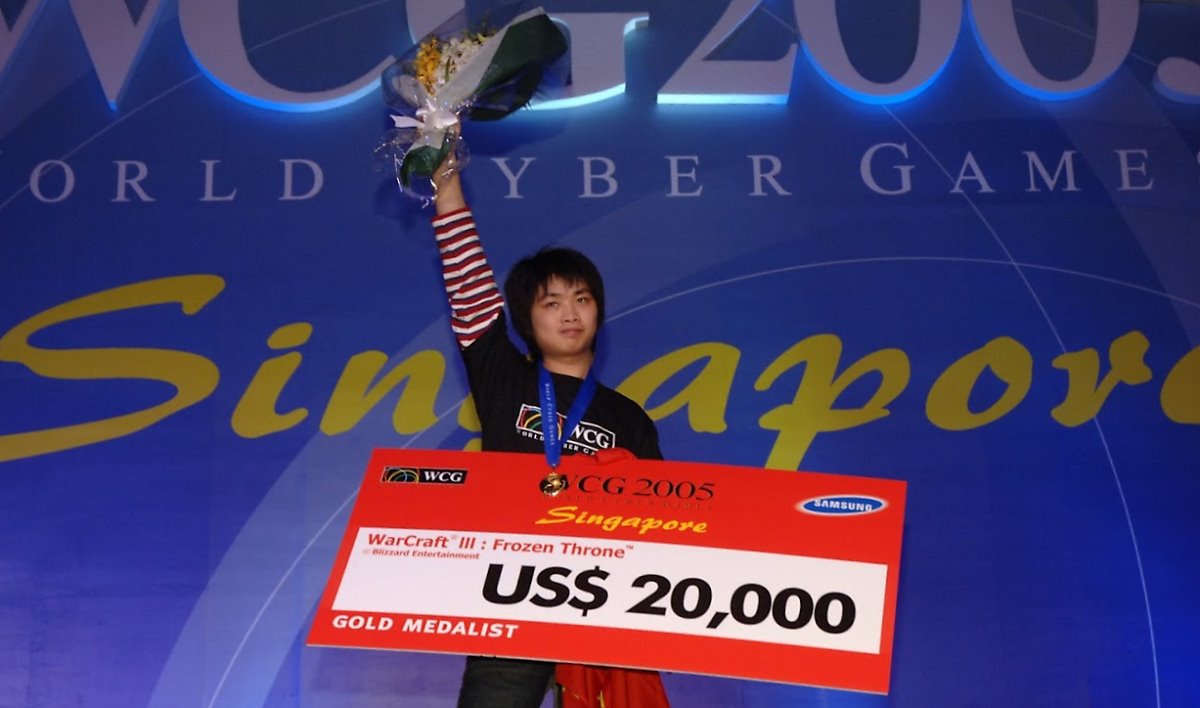 Sky won his first ever WCG Gold medal in 2005  ⓒ WCG
The WCG was, in essence, the official tournament of Warcraft 3, since the game had very few tournaments of its own. Since many Korean and Chinese fans and players were heavily involved in the WCG, Warcraft 3 received relatively more attention than StarCraft.
Li “Sky” Xiaofeng was a top player at the WCG and became a main rival of Jang Jae-ho, who for some reason had difficulty winning medals at the WCG.
Sky made headlines in the gaming world by winning the gold at his first WCG in 2005. The following year at the WCG 2006, he remained undefeated against top contenders such as Grubby and Yoan “ToD” Merlo and became the first and last player to win back-to-back gold medals. 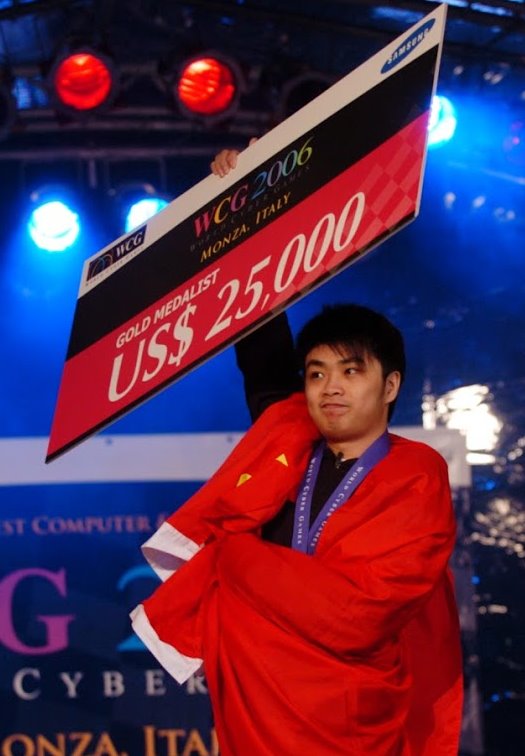 Sky won back to back gold medals in 2006  ⓒ WCG
After winning two tournaments that are remembered as the toughest tournaments of the WCG, his name was placed in the WCG Hall of Fame. In subsequent years, Sky also added two silver medals to his lustrous Warcraft 3 career—one in 2007 and one in 2011.
Sky is a national esports hero in China, and thanks to his brilliant performance at the WCG, he is remembered as one of the best Warcraft 3 players in the world.
3. Lim Yo-hwan (SlayerS_`BoxeR`)
2 golds

Boxer became first ever WCG-StarCraft Gold medalist in 2001 ⓒ WCG
Lim Yo-hwan is one of the most famous professional gamers in Korea and the world, and is known for much more than his StarCraft victories. Nicknamed the “Terran Emperor,” Lim and his extraordinary control with bionics and dropships and brilliant strategies (never before used by Korean pro gamers), played a huge part in making pro gaming known to the general public.
Lim was at the top of his game in the 2000s and once won ten straight matches at the WCG 2001, taking home the gold. His final match against Bertrand of France in 2001 and his match against his arch rival, Hong Jin-ho, drew great attention from gamers everywhere.
Lim Yo-hwan became the first player to win two WCG tournaments in a row (2001 and 2002), remains the only person to have won the WCG StarCraft tournament two years in a row.
4. Age of Empires, Kang Byung-geon (iamgrunt)
2 golds, 2 silvers 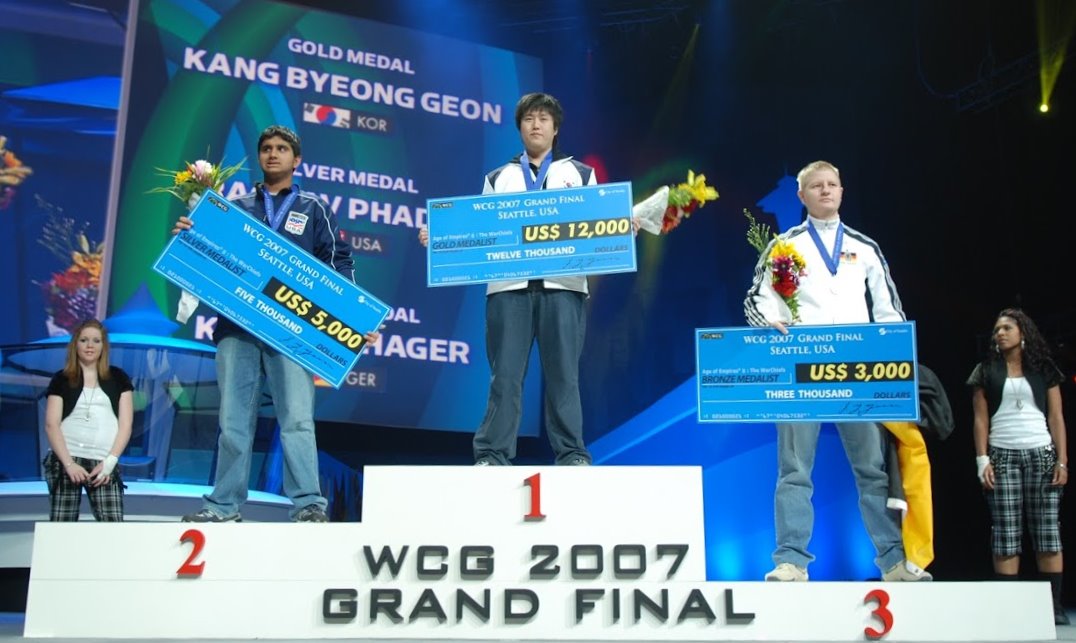 iamgrunt gets his WCG gold medal again in 6 years in 2007 ⓒ WCG
Kang Byung-geon is recognized as the master of the Age of Empires.
He has also mastered games such as the Rise of Nations and Age of Mythology. He competed in the WCG Challenge, (the former name of the WCG) at the age of 17 and won the silver medal. He will long be remembered in WCG history as one of the event’s top players.
While the Age of Empires series was not as popular as other games, Kang had already become known for his superb skills among series fans and communities when he won the Age of Empires World Championship held by Microsoft prior to the WCG, as well as other international tournaments.

iamgrunt ⓒ WCG
At the WCG 2001, Kang won a silver medal in the solo play of the Age of Empires 2 and a gold medal in the group play. In 2007, Age of Empire 3 was selected as an official game. That same year, Kang competed in the event and won the gold, earning him a spot in the WCG Hall of Fame. He won a total of four medals, including a silver medal in 2008, and is now known as the world’s best AoE player.
5. Counter-Strike Poland Team
3 golds, 1 bronze 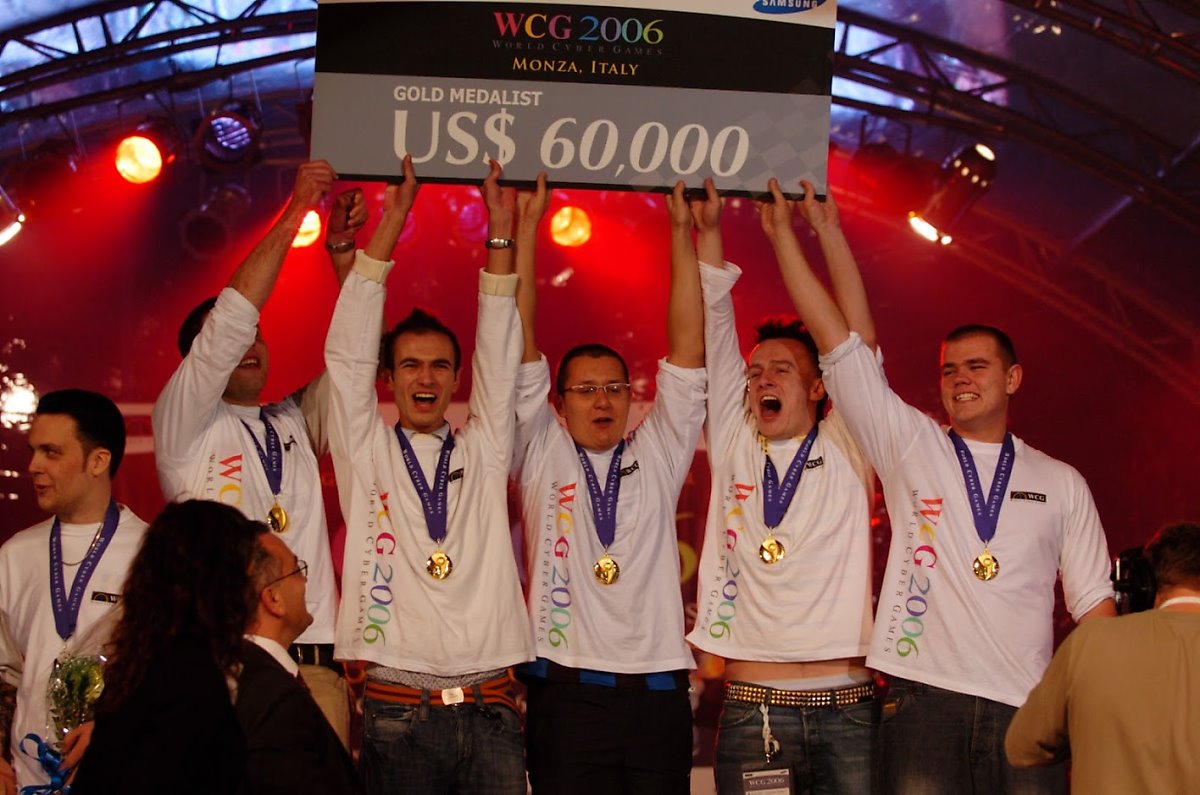 Poland overtook everyone's expectations and won the WCG 2006 Counter-Strike Championship ⓒ WCG
The most popular game among players from Europe at the WCG was Counter-Strike. Professional gamers from Europe regularly took part in tournaments in teams such as Fnatic and NiP.
The golden age of Counter-Strike for Poland began at the WCG 2006. Poland’s victories started with the “Golden 5” comprised of Wiktor "TaZ" Wojtas, Jakub “kuben” Gurczyński, Mariusz "Loord" Cybulski, Filip "neo" Kubski, and Łukasz "LUq" Wnęk. In 2009, LUq was replaced by Jarosław "pashaBiceps" Jarząbkowski. 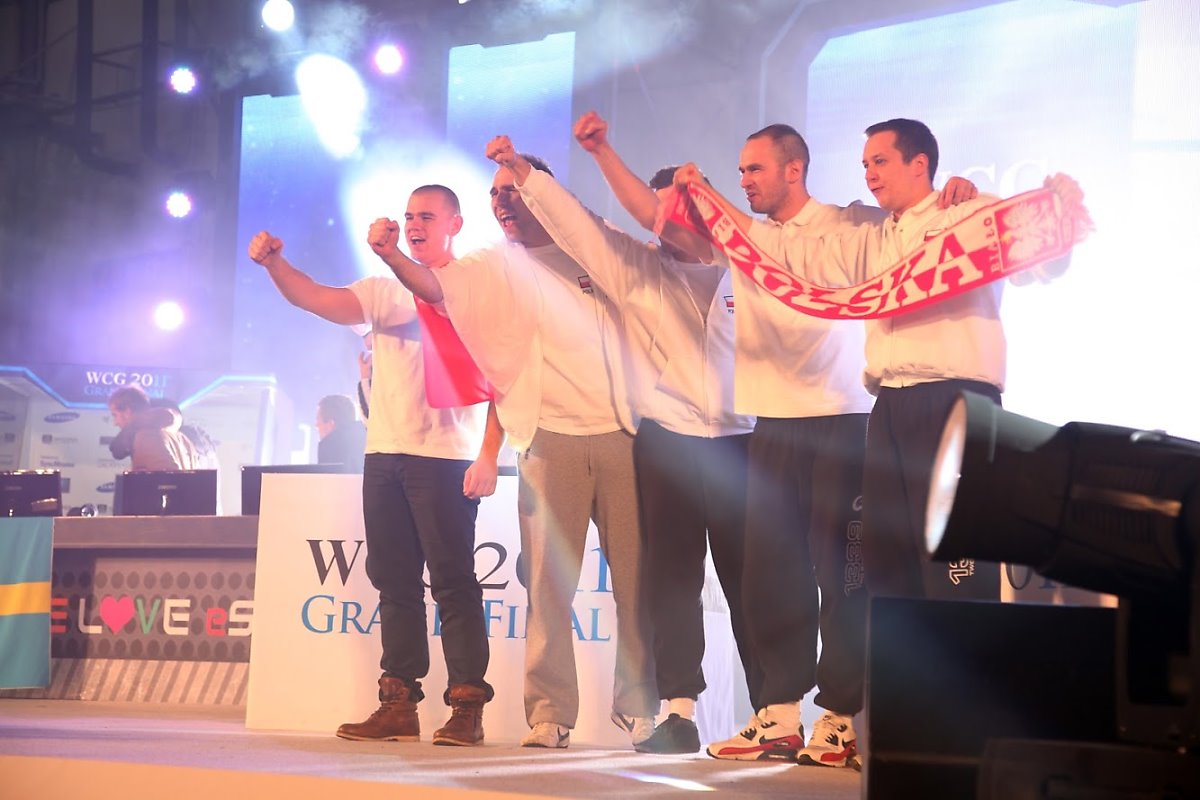 Poland won the third WCG - Counter-Strike title in 2011. ⓒ WCG
Although many viewed Poland as the underdog at the WCG 2006 Monza, the country made headlines by defeating Korea and Denmark and then beating top-ranked Sweden 2-1 to win its first gold medal.
The Poland CS team won the gold again at the 2009 and 2011 WCG to become the only nation to win three times at the WCG, earning the team a spot in the WCG Hall of Fame.
6–7. FIFA Series Daniel “hero” & Dennis “styla” Schellhase
6 golds, 2 silvers 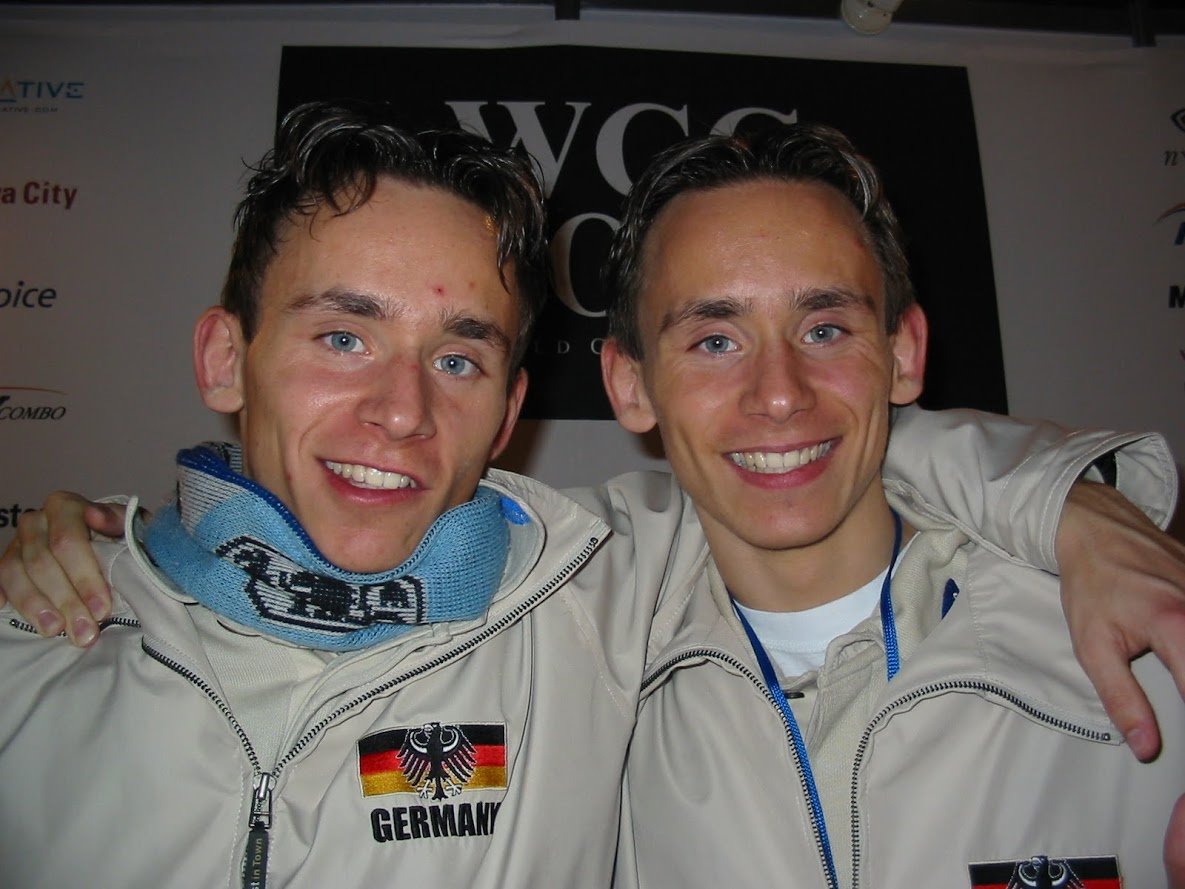 styla and hero won 3 medals in WCG 2003  ⓒ WCG
The FIFA Series, along with Pro Evolution Soccer, is a football (soccer) game that remained popular each year at the WCG. Even with different changes to the series, the game was loved by audiences for its high-speed pace and fun, arcade-like play.
Daniel & Dennis Schellhase, brothers who are also known as the FIFA twins, have had huge success in the WCG FIFA tournament.

In 2003, Dennis “styla” Schellhase won the gold and silver in solo play and the gold in 2v2 matches for Team Germany. The two brothers played a huge part in helping Germany beat Korea in the WCG in terms of total number of medals. 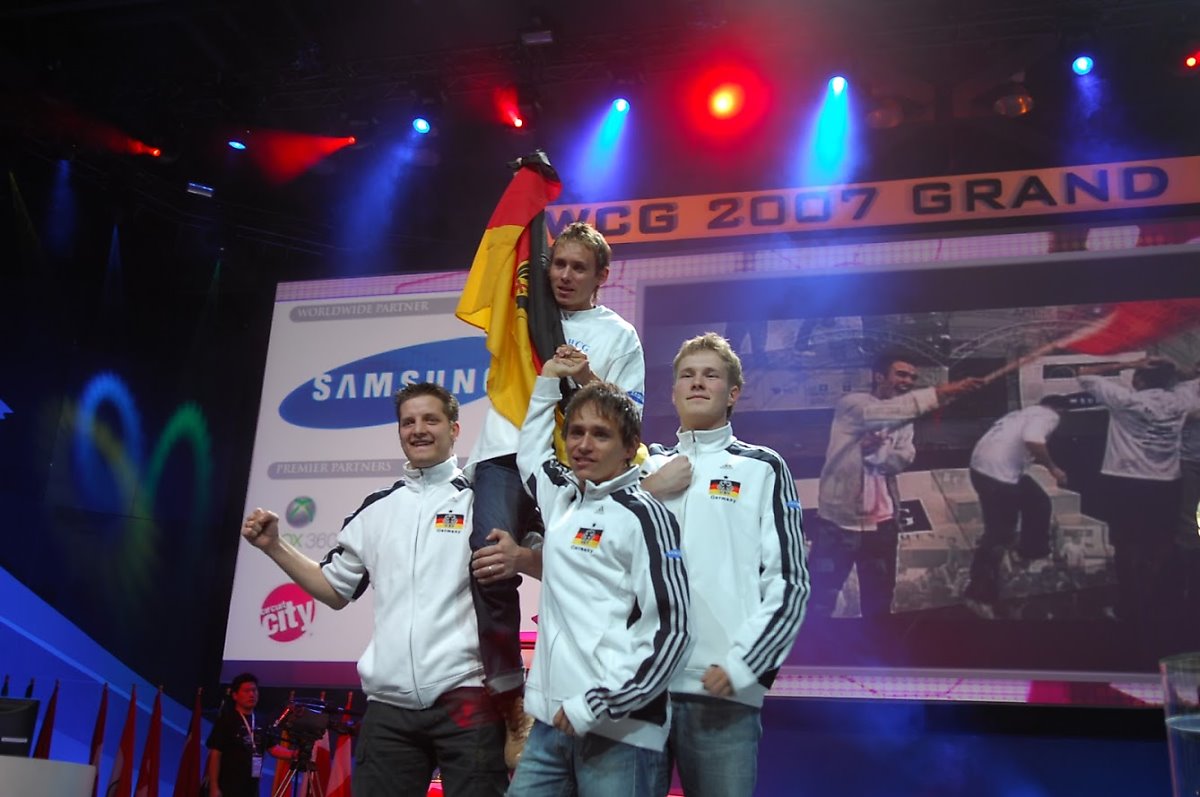 Daniel "hero" Schellhase won his third WCG gold medal in 2007 ⓒ WCG
Daniel Schellhase continued to dominate the game, winning consecutive golds in 2006 to 2007 despite the physical and graphic engine upgrades of the FIFA series, thereby solidifying his reputation as the king of FIFA.
Daniel Schellhase participated in the WCG up until 2009, winning a total of 3 golds and 2 silvers, and Dennis also won a gold in 2005. The brothers won a combined 6 gold medals and 2 silver medals, marking a huge milestone in WCG FIFA history. 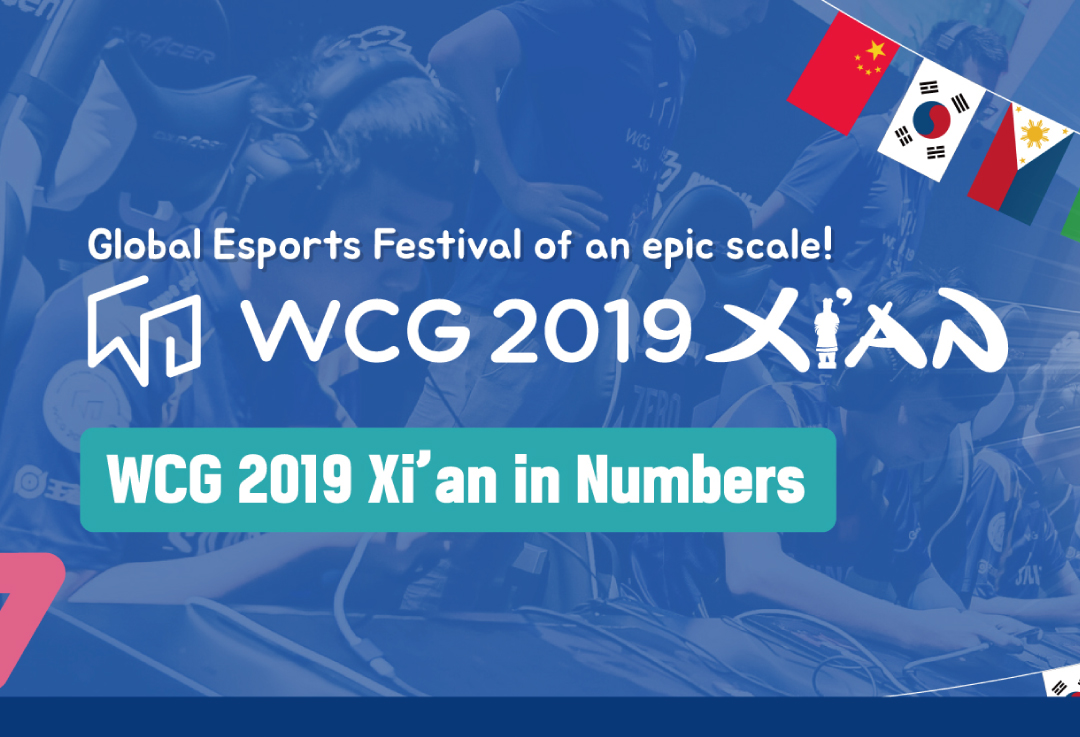 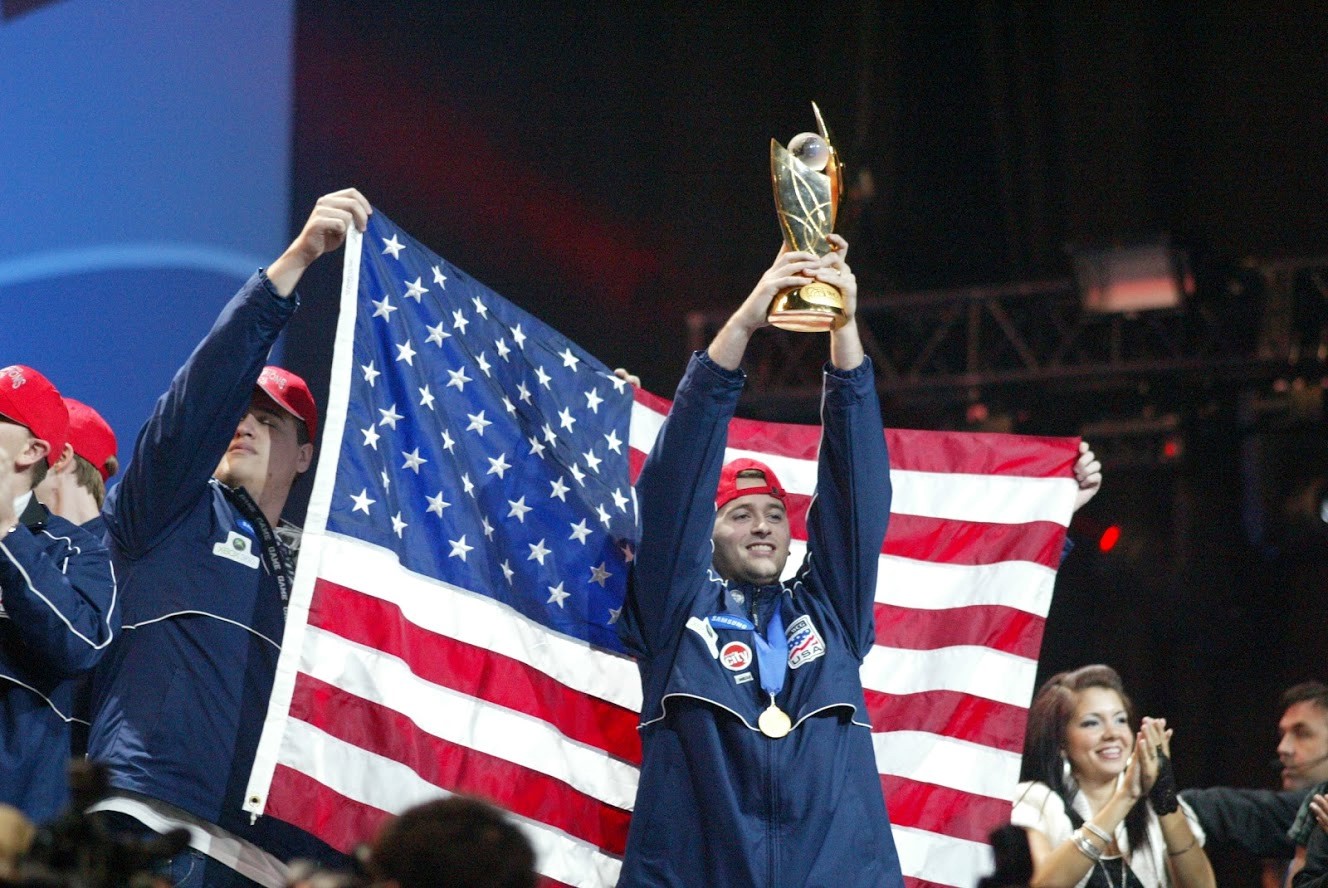 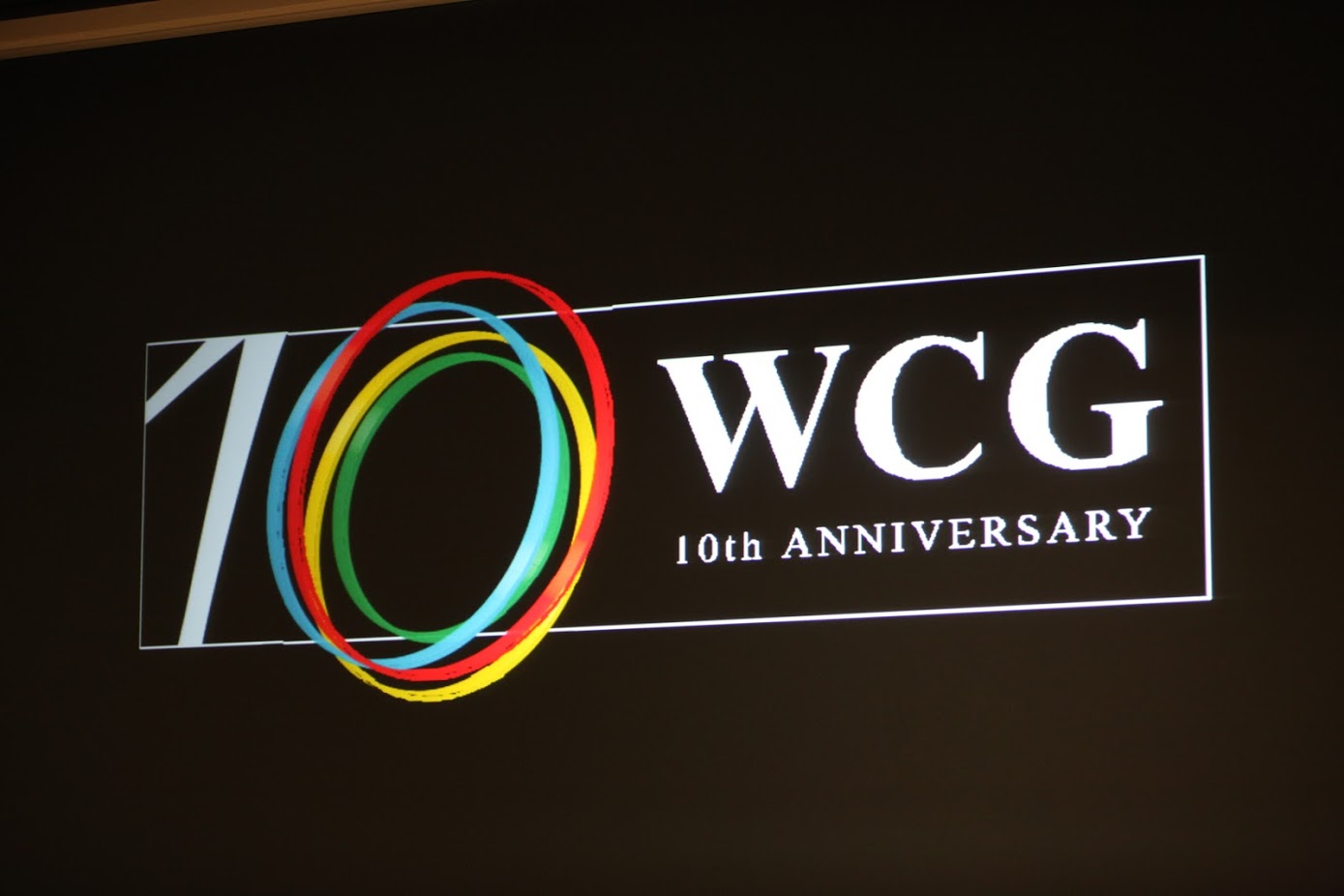